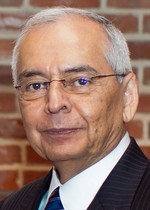 Antonio “Tony” Silva Pena, 75, entered into Heaven and joined his wife Margaret on Thursday June 13, 2019 surrounded by his loving family. Mass of Christian Burial will be on Wednesday, June 19, 2019 at 10:00 AM at St. Francis on the Brazos Catholic Church with family friend Rev. Cyril Ejaidu as Celebrant, burial will follow with military honors at Oakwood Cemetery. A visitation and Rosary was held on Thursday evening, at the funeral home.

Tony was born on September 9, 1943 to Antonio Garcia and Tomasa (Silva) Pena in Waco, Texas. He attended Waco schools and graduated from Waco High School, attended college and joined the U. S. Army, serving over three years. On March 16, 1963, Tony married the love of his life, Margaret De Leon. He joined the I. B. M. Corporation and became a successful account executive, a position he held until his retirement. Tony was very active in community and civic activities, a respected leader in the Hispanic community.

He is preceded in death by his devoted wife and parents.