To share your memory on the wall of Aubrey Conner, sign in using one of the following options:

Due to World War II, the family moved from ranching life to follow Arvin’s work, both as a civilian in airplane plants and active duty Marines. The family came to Waco in 1951 where they built several hundred small frame houses in the 50’s and early 60’s under the name of A F Conner and Sons. During the downturn of house building in the early 60’s, the family turned to construction of rural community water systems throughout the state. Later after Arvin’s health failed due to Parkinson’s, Aubrey used his degree in personnel management from Baylor, at both Central Texas Iron Works and Gulf States Paper before his health too failed.

Aubrey graduated from Waco High in 1956. He was on the first Waco Tribune Super Centex football team, the Texas All-State football team, sang bass in All-State Choir. He played football one semester for Texas Tech when he suffered a career ending knee injury. He then joined the Marines, earning platoon guide. After reinjuring his knee, he could not qualify for pilot training, so took an early honorable discharge. He came back to Waco to complete his education at Baylor. It was there he met Janice Brown and they married in 1961 and followed the construction for several years. After the boys came along, they settled in Waco. Sue joined the family and there were 3 kids in 3 different schools for a couple of years as Janice worked as a nurse at Hillcrest Hospital. Aubrey and the family became active in many civic, church and school organizations – Northern Little League, Waco Christian School, Reicher Catholic Athletics, 4-H, Crestview and Lake Shore Churches of Christ, Rotary, Toastmasters, Texas Assn. of Business, Republican Party, and the National Rifle Association to name a few.

Aubrey was a quiet, reflective man who didn’t mince words. He was well respected for the moral principles and work ethics instilled in him by his parents. He enjoyed the outdoors, reflective music and reading and caring for his smooth fox terriers. Over the years his life was influenced in various ways by many special people: Tommy Blackburn, Norman Denney, Dr. Clint Chambers, Kyle Connally, Clay Connally and now deceased, Priscilla Connally Alldredge.

Preceding him in death were his parents, Arvin and Faye and his in-laws, J.B. and Martha Brown.

Special thanks to Ron and Jan Oden, Robyn and Wilson Tarver, Don Anderton, and Janeth Elbert for their love and support over many years. Also special thanks to nephew, Chris Conner for his help the past few years with Aubrey and “Mamaw”, and thanks to Dr. Michael Soileau, to Dr. Darryl Pietsch, Mark Roberts, P.A., and all the many nurses, therapists, and staff at St. Catherine’s as they took loving care of Aubrey in his final six months.
Read Less

To send flowers to the family or plant a tree in memory of Aubrey Felton Conner, please visit our Heartfelt Sympathies Store.

Receive notifications about information and event scheduling for Aubrey

We encourage you to share your most beloved memories of Aubrey here, so that the family and other loved ones can always see it. You can upload cherished photographs, or share your favorite stories, and can even comment on those shared by others.

Shawna Ward and Marcy Conner and Grandsons; David and Betty Solomo sent flowers to the family of Aubrey Felton Conner.
Show you care by sending flowers

Shawna Ward purchased the The FTD Comfort Planter for the family of Aubrey Conner. Send Flowers

Posted Apr 19, 2019 at 04:10pm
So sorry for your loss. May you find comfort in your family, friends, Faith and fond memories.
Comment Share
Share via:
CM

Posted Apr 19, 2019 at 07:31am
I first met Aubrey in the 7th grade. If a brand-new teenager ever noticed things like that, they would see the fine man that Aubrey would become. He was one of my first dates and I remember that we went to a WHS football game. We had a fun time. Everyone liked Aubrey. Throughout his life he was a kind man. My condolences to his wif and childen. I wish I could attend the service.
Carol Holder McCartney
Comment Share
Share via:
D

Posted Apr 11, 2019 at 05:42pm
My condolences to the Conner family during this difficult time. In the Bible, Jehovah God gives us hope. Acts 24:15 says, “there is going to be a resurrection of both the righteous and the unrighteous.” Revelation 21:4 says, “and he will wipe out every tear from their eyes and death will be no more.” Very soon we will see the fulfillment of these promises here on Earth. We hope you find comfort in God’s promises.
Comment Share
Share via: 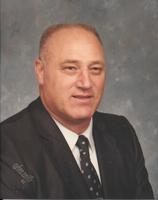