To share your memory on the wall of Donald Hudson, sign in using one of the following options:

Don was born in Axtell, Texas on August 30, 1933. He married Thelma Cooper on August 28, 1954. He served his country in the U. S. Army, was a former banker and business owner and served as an ordained deacon in churches where he lived.

He was preceded in death by his parents, Jack and Lois Hudson, and his brother, Olin Hudson.

In lieu of flowers, the family requests donations be made to St. Jude Children’s Research Center or a charity of your choice.
Read Less

To send flowers to the family or plant a tree in memory of Donald Wayne Hudson, please visit our Heartfelt Sympathies Store.

Receive notifications about information and event scheduling for Donald

We encourage you to share your most beloved memories of Donald here, so that the family and other loved ones can always see it. You can upload cherished photographs, or share your favorite stories, and can even comment on those shared by others.

Posted Oct 03, 2019 at 01:22am
Mrs Hudson, Pam and Donna
Your Dad gave me my first real business job when I was going to Baylor and I had the highest regards and respect for him. My prayers go to the Lord for you as you go through this time of grief and mourning.
Steve Moore
Comment Share
Share via: 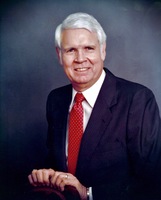