To share your memory on the wall of Donald J. Baker, sign in using one of the following options:

Provide comfort for the family by sending flowers or planting a tree in memory of Donald J. Baker

Provide comfort for the family by sending flowers or planting a tree in memory of Donald J. Baker

Print
Donald J. Baker, 79, of Woodway, Texas passed away peacefully on Thursday, June 13, 2019, surrounded by family and loved ones.

The family will receive guests immediately following the service at The Pavilion at the Carleen Bright Arboretum, 9001 Bosque Blvd., Waco, Texas 76712.

Don was born April 1, 1940 in Austin, Texas and moved to Waco in 1949. Upon graduation from Waco High School in 1958, Don majored in business at Baylor University where he received his bachelor’s degree in 1962. Two months later he earned his CPA certification.

In 1964, he graduated from Baylor Law School and went on to graduate from New York University School of Law in 1965 with a Master of Laws in Taxation. Don had many accomplishments to be proud of during his 50-year law career as he was appointed to practice in multiple courts throughout the United States and Texas; US Court of Appeals, US Tax Court, US District Court and the Supreme Court of Texas.

In addition to being a successful attorney, Don was an avid member of the Waco community, spending many hours supporting local organizations; he was President of the Northwestern Little League (now known as Lake Air Little League), Commissioner of the Texas Teenage Baseball League (District 14), Boy Scouts of America, Downtown Waco, Goodwill Industries and a Lifetime Member of Ducks Unlimited, just to name a few.

In 1991, Don was elected as a Woodway City Council Member and subsequently elected as Mayor of Woodway in 1994. When he retired a Mayor after 23 years, Don was (and still is) the longest serving mayor in Woodway’s history. In 2013, the City of Woodway honored Mayor Baker for his service and dedication by forever naming the Council Chambers the “Donald J. Baker Council Chambers.”

If Don was not at work or making his community a better place, you would find him enjoying time with his beloved wife of 52 years, Charlie. He also enjoyed spending quality time with his grandchildren, playing golf, hunting, fishing, traveling and days at the ranch.

Don is survived by his wife, Charlie; son and daughter-in-law, Scott and Robin Baker of Houston; daughter and son-in-law, Stacey and Allen Brown of Crawford; grandchildren, Aaron, Jesse and Colton; and nephews, Mark Baker of Waco and Phil Baker of Houston.

To send flowers to the family or plant a tree in memory of Donald J. Baker, please visit our Heartfelt Sympathies Store.

Receive notifications about information and event scheduling for Donald J.

We have provided a digital copy (PDF) of the Memorial Program that we supply at the time of the service. To Download this file please click the filename below.

We encourage you to share your most beloved memories of Donald J. here, so that the family and other loved ones can always see it. You can upload cherished photographs, or share your favorite stories, and can even comment on those shared by others.

Posted Jun 18, 2019 at 04:47am
Dear Charlie, I was so sad to read about the death of Don. My deepest sympathy goes out to you and your family. Don was a very special man and will be missed by many. Hugs and prayers for all of you. Pam Moes
Comment Share
Share via:
CL

Posted Jun 17, 2019 at 08:57pm
I am sorry to learn of Don's death. He will be greatly missed by all of the Waco High School Class of '58, members of the City of Woodway and his beloved family.

Many days have passed since our being "fresh" 6th Graders at Lake Waco Elementary School, together. These days have brought about a friendship that lasted.

Posted Jun 17, 2019 at 12:12pm
Thank you for allowing us to help care for Mr. Baker. It was an honor and privilege. You all will continue to be in our prayers.

Posted Jun 15, 2019 at 01:41pm
Charlie, I remember hiring Don to help us with business legal items in Temple , Tx,,his completing our wills, playing golf together with Bob Claypool, out get togethers for drinks and sometimes dinner. Miss you both. Our deepest sympathy. Joe and Patty LaCroix
Comment Share
Share via:

So sorry for the loss of Donald. My thoughts and prayers are with you all. He will be greatly missed. God Bless each of you. 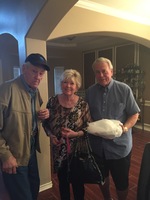 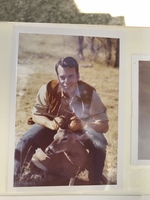