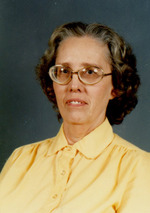 Dorothea Malone Gilbert of Waco was born June 15, 1932 in Weir, Mississippi and passed away to be with her Lord and Savior Jesus Christ June 26, 2019 in Waco. Funeral will be 2 p.m. Monday, July 1, at Seventh & James Baptist Church, Waco, by Rev. Matt Rosencrans with burial at Oakwood Cemetery.

She retired as a teacher of Waco ISD after 21 years in 1997. She first began teaching in 1960 at New Market, Indiana and also taught and earned teaching certificates in Indiana, Missouri, and Texas for a total of 37 years of educating elementary, bi-lingual and Title 1 students.

She was a member of Seventh & James Baptist Church since 1981. She directed the Seventh & James Adult Learning Center from 1980 to 1995, helping adults to read, achieve GED’s, and obtain US Citizenship.
As a 17-year-old Baylor student and self-taught pianist, she played piano in Church Missions programs in East Waco from 1949 to 1954. She was also the only pianist and organist in seven Baptist churches in Kentucky, Indiana, Iowa, and Texas. She volunteered at VBS from 1955-1972, teaching children to sing Christian songs.