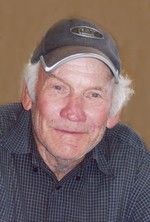 Jesse Lee King, 84, of Lorena was called home by his savior on Tuesday, June 18, 2019 at Scott and White Hospital.

Burial will follow at Lorena Cemetery. Visitation will be 3:00 PM to 5:00 PM Sunday at OakCrest Funeral Home. A memorial video honoring his life will be shared during the visitation.

Jesse was born in Hubbard, Texas to Joseph & Willie King and lived in Waco and Lorena most of his life.

He married Dollie Gable in Dawson, Texas on December 22, 1956. He worked for the Heart of Texas Coliseum and Red Barn for many years and later for WRS until his retirement.

Jesse dearly loved his family and friends. He enjoyed many years watching his children and grandchildren participating in horse shows, motorcycle racing, bowling and many other activities.

Jesse served in the Army from January 1957 to December 1958. He was an active member of the Lorena Saddle Club and served as President for many years. He also served on the Board for Lorena Saddle Club and the Central Texas Horse Show Association. Jesse’s greatest joy was the many years he spent raising money for the Lead Line Buckles. He loved seeing the smile on the young contestant’s faces when they received their awards.