To share your memory on the wall of Kevin Brewer, sign in using one of the following options:

He was born on September 23, 1962 at Luke AFB, Phoenix, Arizona to Archie McKinley Brewer Jr. and Pearl Isabel Brewer. He retired from AAFES after 30 years. He always liv... Read More
Kevin McKinley Brewer passed away on Sunday, September 15, 2019.

He was born on September 23, 1962 at Luke AFB, Phoenix, Arizona to Archie McKinley Brewer Jr. and Pearl Isabel Brewer. He retired from AAFES after 30 years. He always lived life to the fullest, was a huge jokester, and loved his family dearly.

Kevin absolutely loved the game of baseball. He collected baseball cards his entire life and visited many ballparks around the United States. Kevin was a very unique person, someone you would want to hug and strangle all at the same time, he was kind of endearing in that way. Family was always put first in his life. He raised two sons, David Ledesma and Kevin Mckinley Brewer, Jr. with Christina Ledesma. His absolute pride and joys were his grandchildren, Rayne Resendez, Sophia Ledesma, and Myah McKinley Brewer. He will forever be loved and will be missed dearly by many.

He was preceded in death by his mother Pearl Isabel Brewer, father Archie McKinley Brewer, Jr. and nephew Shane Brewer.

To send flowers to the family or plant a tree in memory of Kevin McKinley Brewer, please visit our Heartfelt Sympathies Store.

Receive notifications about information and event scheduling for Kevin

There are no events scheduled. You can still show your support by sending flowers directly to the family, or planting a memorial tree in memory of Kevin McKinley Brewer.
Visit the Heartfelt Sympathies Store

We encourage you to share your most beloved memories of Kevin here, so that the family and other loved ones can always see it. You can upload cherished photographs, or share your favorite stories, and can even comment on those shared by others. 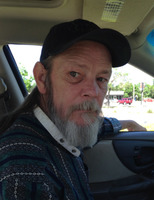