To share your memory on the wall of Petronella Furgeson, sign in using one of the following options:

Petronella was born in Rogers, North Dakota, August 17, 1922, to Anton Albert and Marie Sokol Vandrovec, Czech immigrants from Bohemia and Moravia. She and her three brothers and sister were born and raised on the farm that her paternal grandparents homesteaded in 1886. She was always very proud of her Czech heritage and later took daughters and grandchildren to her parents’ birthplaces.

At age eighteen, against her father's wishes, she bravely enrolled in Mercy Hospital School of Nursing in Valley City, North Dakota, graduating in 1943. Her nursing career was long and varied, including appointments in Oregon, California, and Texas. She cared for patients from the beginning of their lives in the delivery room, all ages in the emergency room, and at the end of life when she went to be with many relatives with terminal illnesses. She also cared gently and compassionately for the mentally ill. Her patients, co-workers, and employers all benefited greatly from her skill and selfless service.

From 1959 to 1987, she worked at Hillcrest Hospital in Waco, ending her career as director of surgery. Always a strong advocate for surgery nurses, she trained and inspired many who went on to rewarding and successful careers. She contributed generously to her field, including the presidency of the Central Texas Association of Operating Room Nurses.

Petronella was a wonderfully loving wife, mother, aunt, grandmother, great-grandmother, and friend. She married Eldon Furgeson in Pasadena, California, on December 18, 1947. Through sickness and health, their happy union lasted fifty-six years until his death in 2003. She is survived by her three daughters and their families: Claire Burton, husband Ken, and their children, Amy Kayali, husband Serkan, Andrea Guajardo, husband Daniel, Matt, and Mark; Laurie Hart, husband Steve, and children Josie, Molly, and Ethan; and Theresa McClellan, husband Ian, and children Adam, Nellie, and Maureen; four great-grandchildren; Ziva, Daniel, Kaya, and Abraham; many cherished nieces and nephews, and a dear sister-in-law, Irene Vandrovec.

Petronella greatly enjoyed cooking and sharing the fruits of her labor with others; cookies, strudel, and mashed potatoes were some of her specialties. She channeled her vast creative talents into sewing, painting, and crafts of all kinds. Even as a working mother and breadwinner, she led Camp Fire Girls groups in service projects and on trips. She loved traveling and visited all fifty states. A dedicated Baylor fan, she always watched the games with a rosary in her hands, praying fervently for the Bears' victory. In 2017, she was named a Baylor Alumna by Choice.

Petronella was a treasure to the world and special to the lives she touched. Many were enriched by her unconditional love, intense loyalty, and deep and enduring religious faith. She was a steady rock in times of trouble and a sweet angel in times of need. She will be remembered for her generous heart, boundless energy, and remarkable courage. Her legacy is a love that lives on in all who knew her. Her advice to all who would aspire to live as she did is to make faith, family, and friends your priorities.

The family deeply appreciates the loving care Petronella received from Stoney Brook Assisted Living staff and is grateful for all the love extended to her and prayers offered on her behalf, especially in her last years. You are invited to share a memory at www.oakcrestwaco.com Memorials can be made to St. Mary’s Church Homeless Ministry, 1401 Washington Ave., Waco, Texas, 76701.
Read Less

To send flowers to the family or plant a tree in memory of Petronella Vandrovec Furgeson, please visit our Heartfelt Sympathies Store.

Receive notifications about information and event scheduling for Petronella

We encourage you to share your most beloved memories of Petronella here, so that the family and other loved ones can always see it. You can upload cherished photographs, or share your favorite stories, and can even comment on those shared by others.

Lori Sherman, Jenny Vandrovec, and other have sent flowers to the family of Petronella Vandrovec Furgeson.
Show you care by sending flowers

Posted Jun 27, 2019 at 04:34pm
Dear Old Friends, I am just sick that I am just seeing this. Claire, your mom was an angel - she was sooooo good with so many things. A truly talented woman. I'm just as sad that we missed seeing all of you. I have news papers piled up and just started opening them today. Please know that your mom will always be remembered for her beautiful smile, and all the things she helped make happen. Just her presence made everything run smoothly from English Teas at your home to Campfire outings. Her love for children, and helping attitude and calm spirit will always be remembered. Blessings to you and all your family. Please allow GOD to fill that emptiness inside with his love and warmth. She will never be forgotten.

Posted Jun 25, 2019 at 11:25am
I have been fortunate to have Pat as my mother-in-law for nearly 50 years. She was kind to all and held a special love for her family and friends, as we also held for her. Pat was an angel on earth, and the prayers she said for us, and the care she gave to us will be dearly missed. We will always cherish the wonderful memories of Grammie and rejoice in her being reunited with Pawpaw in Heaven. 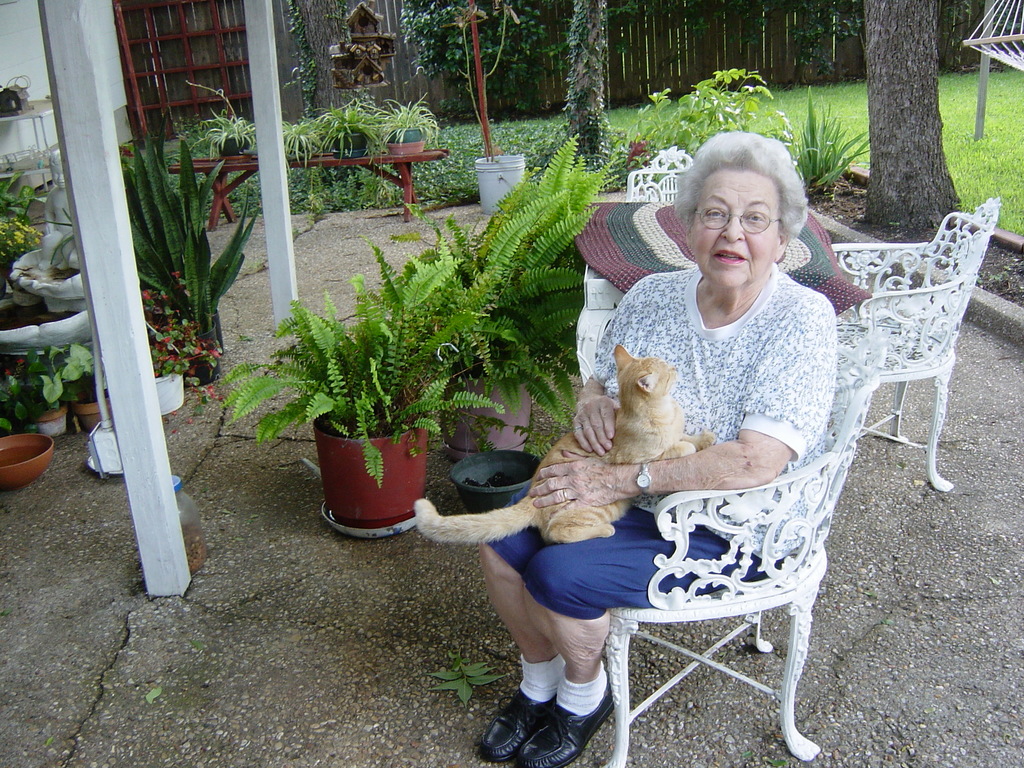 Posted Jun 25, 2019 at 07:34am
So sorry for your loss. What a special lady!Praying for your sweet family. Love, Phil, Janet, Dennie,Shelley, Fred, and families

Posted Jun 24, 2019 at 02:35pm
Sent with love and remembrance of a beautiful soul and now a beautiful angel. Jenny, Zack, and Bryce

Posted Jun 23, 2019 at 08:36pm
Sending our love and prayers for comfort and peace to all the Furgeson Gals and your families...xoxo, The Queenies

Flowers were purchased for the family of Petronella Furgeson. Send Flowers 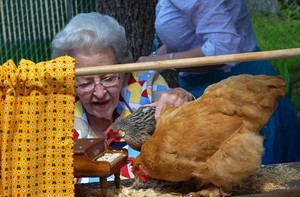 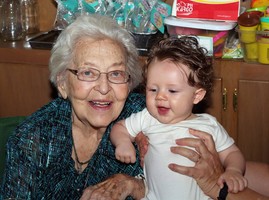