To share your memory on the wall of Ralph Murphy, sign in using one of the following options:

Print
Ralph Henry Murphy passed away peacefully on April 9, 2019. A Celebration of Life will be held Sunday, April 14 at 2 pm at OakCrest Funeral Home, 4520 Bosque Blvd. in Waco.

Ralph was born January 29, 1936 in Brandon, Texas to Miles and A... Read More
Ralph Henry Murphy passed away peacefully on April 9, 2019. A Celebration of Life will be held Sunday, April 14 at 2 pm at OakCrest Funeral Home, 4520 Bosque Blvd. in Waco.

Ralph was born January 29, 1936 in Brandon, Texas to Miles and Alta Murphy. He lived the majority of his life in Aquilla, Texas.

He served in the National Guard and the US Army with an honorable discharge from 1957 to 1961.

Ralph was adored by everyone who ever met him. He was most known for being the bus driver, custodian and groundskeeper for Aquilla ISD. He would always have a tall tale to tell and lend a hand when needed.

He is survived by one remaining sibling; Frankie Rose of Whitney; daughter Tensy and husband John Ward of Aquilla; granddaughter Crystal and husband Josh McCook of Pflugerville; grandson Jeffrey Ward of Aquilla; his 3 most special "honey bunnies", his great grandchildren, Hayden, Emma and Lainey McCook of Pflugerville and several nieces and nephews.

In honor of Ralph, aka, PawPaw, the family would like to thank all the family and friends that loved him. He will never be forgotten, he was one of a kind and will be in our hearts forever.

A special thank you goes to Providence Hospice Place. They made his last days here with us so comfortable.

Memorials may be made to Providence Hospice Place.
Read Less

To send flowers to the family or plant a tree in memory of Ralph Henry Murphy, please visit our Heartfelt Sympathies Store.

Receive notifications about information and event scheduling for Ralph

We encourage you to share your most beloved memories of Ralph here, so that the family and other loved ones can always see it. You can upload cherished photographs, or share your favorite stories, and can even comment on those shared by others.

Posted Mar 20, 2020 at 01:35pm
This is Emma Mccook,I'm his great grandkid.
Pawpaw was a great guy.he always would give me the best advice.he spoiled me.
Comment Share
Share via:
DC

Posted Apr 14, 2019 at 02:26pm
May close friends and family be a source of support during this difficult time, my deepest sorrow. God's promises in his word, the Bible, will soon be fulfilled on a peaceful new world, and the disease of growing old and the enemy, death, will be gone forever. 1 Corinthians 15:26; Psalm 37:10, 11, 29 (jw.org)
Comment Share
Share via:
EL

Posted Apr 10, 2019 at 07:39pm
My condolences to the Murphy family during this difficult time. In the Bible, Jehovah God gives us hope. Acts 24:15 says, “there is going to be a resurrection of both the righteous and the unrighteous.” Revelation 21:4 says, “and he will wipe out every tear from their eyes and death will be no more.” Very soon we will see the fulfillment of these promises here on Earth. We hope you find comfort in God’s promises.
Comment Share
Share via:
JM

Posted Apr 10, 2019 at 06:56am
It is sad to hear of Uncle Ralph's passing , he was a very special part of my life !! We had many good times thru the years and many fond memories of past times and adventures we had with Uncle !! He always was fun to be around and the past few years would call me to wish me happy birthday !! John Murphy
Las Cruces,N.M.
Sorry I won't be at his service but I will be there in spirit !!!! 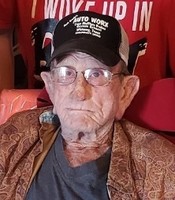 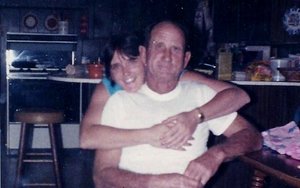 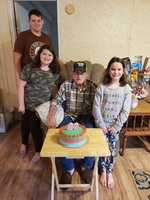