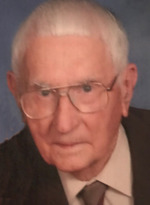 Richard Henry Rosenauer was born on June 16, 1927 and died on March 30, 2019 at the age of 91. His parents were I. E. and Julia (Foitik) Rosenauer and he was preceded by older brothers Isaac (Ike) and Harry and followed by younger sister Julia. When he was four years old his father died and his mother raised the four children on a farm in rural McLennan County, now Robinson, TX.

He went to the Robinson primary school and graduated from Waco High. Soon after his 18th birthday he received his draft notice and entered the US Army in the summer of 1945, doing his basic training at Ft Wolters in Mineral Wells, TX. By the time he finished, the war had ended and he was assigned to a medical supply unit and sent to Korea by troop ship where he served 18 months. On his return to the US he reentered civilian life.

Using the GI Bill he took courses in drafting and in electrical repair, learning to rebuild electrical transformers. His drafting training and understanding of electrical systems led to a job at Texas Power and Light (later TXU and now, Oncor) where he designed power-line distribution systems in much of rural Central Texas. He continued employment with TXU until he retired at age 60 in 1987, with nearly 35 years of service. He was a member in good standing of the The Institute of Electrical and Electronics Engineers (IEEE). Richard was also a Master Mason.

In 1980 he married Judy Kattner. She became his beloved travel companion on many trips throughout the US and Canada. He documented their travels with beautifully composed photographs of mountains, sunsets, trees, rivers, waterfalls, and always a smiling Judy.

He loved three things. Firstly and most importantly, Richard loved Judy. He also loved salsa which he added to just about everything. And he loved a bargain. Richard had a good eye for value.

He was a complicated man. He was a quiet thinker and a careful observer of those around him. He saw good in everyone, yet understood that tolerance is important in accepting the differences we all bring with us. He read extensively and loved to tinker. His family and friends marveled at how he’d use his engineering skills and baling wire to repair just about anything.

As a Christian Richard walked the walk, demonstrating his belief in serving others. He was a longtime member of Western Heights Baptist Church in Waco. Playing to his mechanical strengths, he volunteered for many years as maintenance supervisor at the church, regularly climbing ladders, managing a leaking roof or leaky pipe, and the occasional electrical problem. More than once he met Waco police - often in the middle of the night - at the church to investigate a tripped security system. Wild animals were often the culprit. Along with that job he served as a deacon and was on several of church operations boards up until he fell ill.
He is preceded in death by his parents and both brothers. He is survived by his wife, Judy, his two step-sons and four grandchildren; step-son Gary (Mary Jane), sons Ryan and Patrick; step-son Chris (Donna), their daughter Jennifer Mitchell (Shane), and son John David. He is also survived by his younger sister, Julia.
The family would like to thank the staffs at Providence Hospital, Senior Care of Hewitt, and St Catherine’s for helping Richard and for providing support to us.