To share your memory on the wall of Albert Butler, sign in using one of the following options:

Print
Albert Butler went home to heaven on September 12, 2019 after a long and courageous battle with cancer.

He was born March 17, 1931 in Hilton, NY to Charles and Dorothy Butler. He graduated from John Marshall High School in 1949, and the... Read More
Albert Butler went home to heaven on September 12, 2019 after a long and courageous battle with cancer.

He was born March 17, 1931 in Hilton, NY to Charles and Dorothy Butler. He graduated from John Marshall High School in 1949, and then joined the US Army. He was stationed in Ft. Hood, and while there he met his wife of 67 years, Nadine Yates Butler. He served in the Korean War where he was a tank retriever. Al was a regional superintendent for Lone Star Gas Company in Waco. He had also worked for Lone Star Gas in Lampasas and Ft. Worth. He was a beloved elder at Southside Church of Christ for 33 years. The church began meeting in his home in 1975. Mowing lawns was one of his favorite pastimes.

Al was preceded in death by his parents; a son, Gary; and his brother, Roland.

The family would like to thank all the doctors and nurses for the wonderful care they provided to Al.

Visitation will be held from 6 to 8 pm on Monday, September 16 at OakCrest Funeral Home. Funeral services will be held Tuesday, September 17 at 10 am at Southside Church of Christ with Minister John Rainey officiating. Burial will follow at Kempner Cemetery at 2:30 pm.
Read Less

To send flowers to the family or plant a tree in memory of Albert E. Butler, please visit our Heartfelt Sympathies Store.

Receive notifications about information and event scheduling for Albert

We encourage you to share your most beloved memories of Albert here, so that the family and other loved ones can always see it. You can upload cherished photographs, or share your favorite stories, and can even comment on those shared by others.

Jane and Lee Hall, Megan Booker and Jillian Hall, Tommy and Sharon Tabor, and other have sent flowers to the family of Albert E. Butler.
Show you care by sending flowers

Posted Sep 05, 2020 at 04:29pm
We were glad we had a chance to see him one last time last February. We hadn’t had a chance to see the family for a long time, but as soon as we saw him, I remembered constant good humor, and that smile of his I’ll never forget, I think maybe that’s where Terri gets it from. I’m sure he and Roland are up there telling Gary about the good old days, sure do miss the Butler Boys
Comment Share
Share via:
WA

Flowers were purchased for the family of Albert Butler. Send Flowers

Posted Sep 13, 2019 at 05:25pm
I will always remember a great Poppop but an even better servant of God. Anyone he met was always shown God's love. His legacy will be that he always strived to share God's message through his words and actions to his family, friends, and strangers. I miss you!
Comment Share
Share via:
MN

Posted Sep 13, 2019 at 04:22pm
I would like to think that Paul and Al are setting on the heavenly porch talking.
I love that smile on his face in this picture. Love , Mozelle & family
Comment Share
Share via: 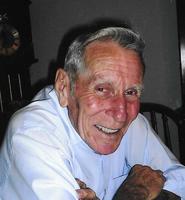 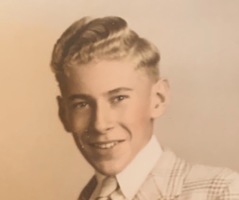 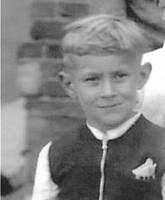 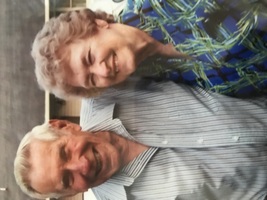