To share your memory on the wall of Jerry Berger, sign in using one of the following options:

Jerry is survived by his wife of 39 years, Pam Jones Berger; sons, Jerry Michael Berger Jr. and David Walter Berger; brother, Charles Berger and wife, Brenda; and five-year-old granddaughter, Nellie Faye Marsh of Colorado, who he adored. She called him “Grumpy.” He also leaves many nieces and nephews, and friends across the world.

He was predeceased by his parents, Tommie and Ruby Berger; a brother, Thomas; and a half-sister, Doris Donald.

Jerry was born May 17, 1951 in Waco and lived here all his life, graduating from Waco High School in 1969. Jerry worked at Ray’s Gun Shop in his early career, then began work at O.K. Machine & Tool in Woodway. After it closed, Jerry worked at Hercules in McGregor for many years before it closed. His last employment was at TYMCO, Inc. in Waco where he was a machinist and shop foreman for 21 years until retiring in 2017. He continued to work there as a consultant three days week until his health forced him to remain at home. The Young family and friends at TYMCO held a special place in Jerry’s heart.

Jerry enjoyed working on old, classic Buicks. He put them together, raced them, and showed them too. He was most proud of his First Place Award with his Saturn Yellow 1970 Buick GSX Stage 1. He has been a member of the GS Club of America for 34 years. He loved going every year to the GS Nationals in Bowling Green, KY with his wife, Pam, and later with his sons.

His most recent hobby after retirement was metal detecting. He and Jerry Jr. would go out often and return with their treasures and be so proud! He would go as often as he could with his friend, Tom, and detect until his health declined. Jerry loved his family and friends more than anything.

In lieu of flowers memorial donations in Jerry's name may be made to the charity of your choice.

To send flowers to the family or plant a tree in memory of Jerry Berger Sr., please visit our Heartfelt Sympathies Store.

Receive notifications about information and event scheduling for Jerry

We encourage you to share your most beloved memories of Jerry here, so that the family and other loved ones can always see it. You can upload cherished photographs, or share your favorite stories, and can even comment on those shared by others.

Posted Aug 15, 2019 at 09:30am
To the Berger Family- My sincere condolences and sympathy for your loss. You are all in my prayers. God Bless You All. Your friend,Carl Rychlik
Comment Share
Share via:
KT

Posted Aug 09, 2019 at 08:07pm
Jerry you are already missed dearly. May your family be.blessed with peace and happiness without you here. We all love you very much. 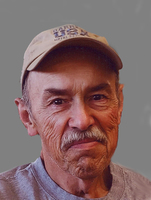 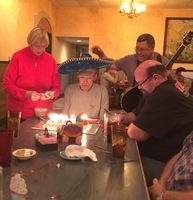