To share your memory on the wall of Laura Marie Blanchard, sign in using one of the following options:

Laura was born February 18, 1974 in Norman, Oklahoma to parents Elizabeth and William
Sherry. She attended St Louis Catholic School and Reicher High School and graduated in
1992. She received a Bachelors in Communication degree from Franciscan University in
Steubenville, Ohio.

She loved to dance and to help others. Her son, Andrew, was her life. She suffered many
crosses, and bore them with grace, reaching out to others who also suffered.
Laura was a wonderful, loving mother, daughter, and sister.

She was preceded in death by her grandparents, William and Elizabeth Jones, Bernard and
Genevieve Sherry, and sister-in-law, Elizabeth Swanton.

To send flowers to the family or plant a tree in memory of Laura Marie Blanchard (Sherry), please visit our Heartfelt Sympathies Store.

Receive notifications about information and event scheduling for Laura Marie

We encourage you to share your most beloved memories of Laura Marie here, so that the family and other loved ones can always see it. You can upload cherished photographs, or share your favorite stories, and can even comment on those shared by others.

The Golf Station, Lisa Pergi (McInnis), and other have sent flowers to the family of Laura Marie Blanchard (Sherry).
Show you care by sending flowers

Posted Sep 20, 2019 at 02:28pm
Laura was always a ray of sunshine. We grew up in the St. Jerome community where Elizabeth was the CCD administrator at the time. I can't remember Laura without a smile, and I am sure that same beautiful smile is plastered all over Heaven today. But it is with great warmth and love I send to Andrew, Elizabeth. Bill and Paul. Thank you for sharing her with us and with the world. Know that we are all thinking of you, and I. at least, want to share my sincere gratitude to you for giving me such a wonderful friend in Laura. God Bless you all always and forever. - Brent
Comment Share
Share via:
BH

Posted Sep 19, 2019 at 03:10pm
My prayers are with Laura's family and for Laura.
I remember her well when she was a student at St. Louis School.

Posted Sep 19, 2019 at 03:00pm
Dearest Sherry Family,
My heart broke when I heard the news of Laura's passing. We were household sisters, close friends, and roommates during her time at Franciscan University. I have so many beautiful memories of her and our adventures together. She spent one summer with my family in Omaha and I was blessed to be a part of her wedding. Over the years we didn't keep in touch as much as we should have, but I always checked in to see what she was up to on social media. You are all in my thoughts and especially my prayers. God bless you all... Jen (Supie)
Comment Share
Share via:
RW

Posted Sep 19, 2019 at 02:19pm
Mr. and Mrs. Sherry; Andrew and Paul,
My sincere condolences to you all in the loss of Laura. She was a very bright beautiful soul when I got to know her recently. Andrew is a reflection of her. My heart goes out to Andrew in the loss of his mother. Joseph and I will be keeping you in our thoughts and prayers.
Comment Share
Share via:
TS

Posted Sep 19, 2019 at 11:05am
Please accept our most heartfelt sympathies for your loss. Our thoughts are with you and your family during this difficult time. 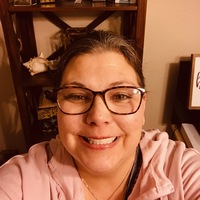 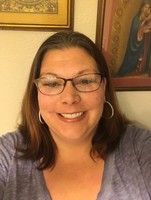 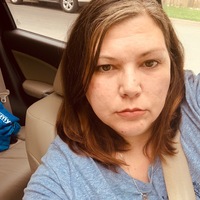